Had the good fortune to fish with sergeant Blaine Henry from upstate New York for a half day today. This was his first time fly fishing, and he was really keen to learn techniques that he could take back with him to fish the Black River and the Salmon River near Watertown. Due to the limited time we had on the water, I opted to take him to a small creek instead of fishing Cattaraugus.  Though the big creek is holding the most fish right now, the key to success there is covering lots of water thoroughly. This does not pair well with limited fishing time. And I know that despite being low and clear, there are fish that could be caught in the smaller creeks.

Got to the river before the sun hit the water. We worked our way upstream from a few hundred yards above the lake all the way up about a mile and a half. Found a few stretches that were holding fish. Spent the majority of our time fishing a large plunge pool and the run below. There were roughly 8-10 fish kicking around in this stretch, including a small lake run brown of about 5 pounds. Unfortunately the only hookup we had was a creek chub, but it was the first fish sgt. Henry caught on a fly rod and he was pretty proud of it. Even if it didn't put up much of a fight on a 7 wt. switch rod.

After a bit, jumped up a little higher on the creek. Saw one fish roughly 7 miles up from the lake. With the flow that we had, I was surprised to see her that far up. After we spotted that fish, we had to turn tail and pack out though. The weather was warm, the water was cold, and the trees were beautiful. Just enjoying the scenery, seeing some fish, and teaching good technique would be our prize.

A pic from today 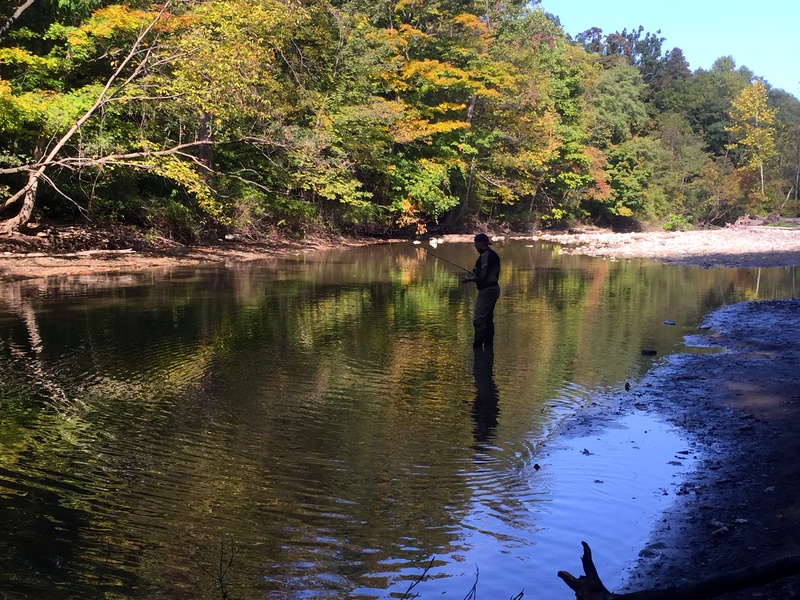 Reply MichaelSAp
12:52 AM on November 23, 2022
diflucan online without prescription

Reply WimponsE
8:57 PM on December 7, 2022
azithromycin generic over the counter

Reply Jamesreish
11:41 AM on December 13, 2022
where can i get gabapentin anafranil online india fluoxetine 20 mg generic