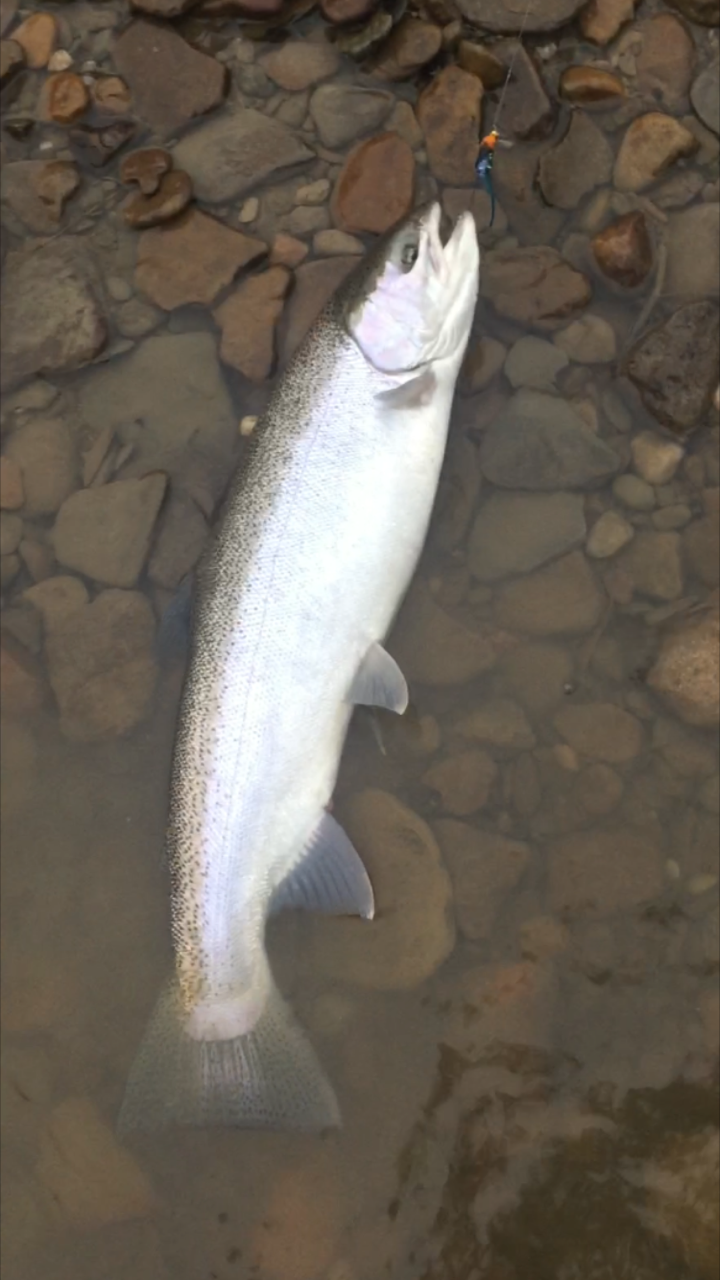 32" Hen from the Grand fresh from the lake! (For reference, that fly is 4" long)
Well, it's still February here but both the temperature and the fishing is unseasonably hot! Last week, the Grand dropped into shape for the first time this year (something we generally don't see until at least the end of March!) and I was able to sneak out for a few hours in the morning. Went 1 for 3 and had a handful of other quick grabs that didn't get the point. The hen I landed took me about fifty yards down river. She was a dime piece for sure, and must have come up from the lake within the last day or two. She still even had a little shine on her tail fin- something that usually disappears within two days or so of being in the creeks.
The other creeks and rivers have been fishing pretty consistently over the past month or so as we have had the mildest winter I can remember. Because the creeks never really froze up, look for a longer season this year with the run more evenly spread between now and the end of Apri, rather than a motherload run all at once. That is somethine we generally see with hard winters and late thaws- literally all the spring run is condensed into a short time rather than drawn out over a longer period. What I expect to see is decent fishing over the next two and a half months.
In other news, we attended the Philadelphia Sports Show for the second year. With the first two days being so nice outside attendance was down. But Saturday and Sunday evened it out. All in all was a good time. Check out a pic from the show below.
- D 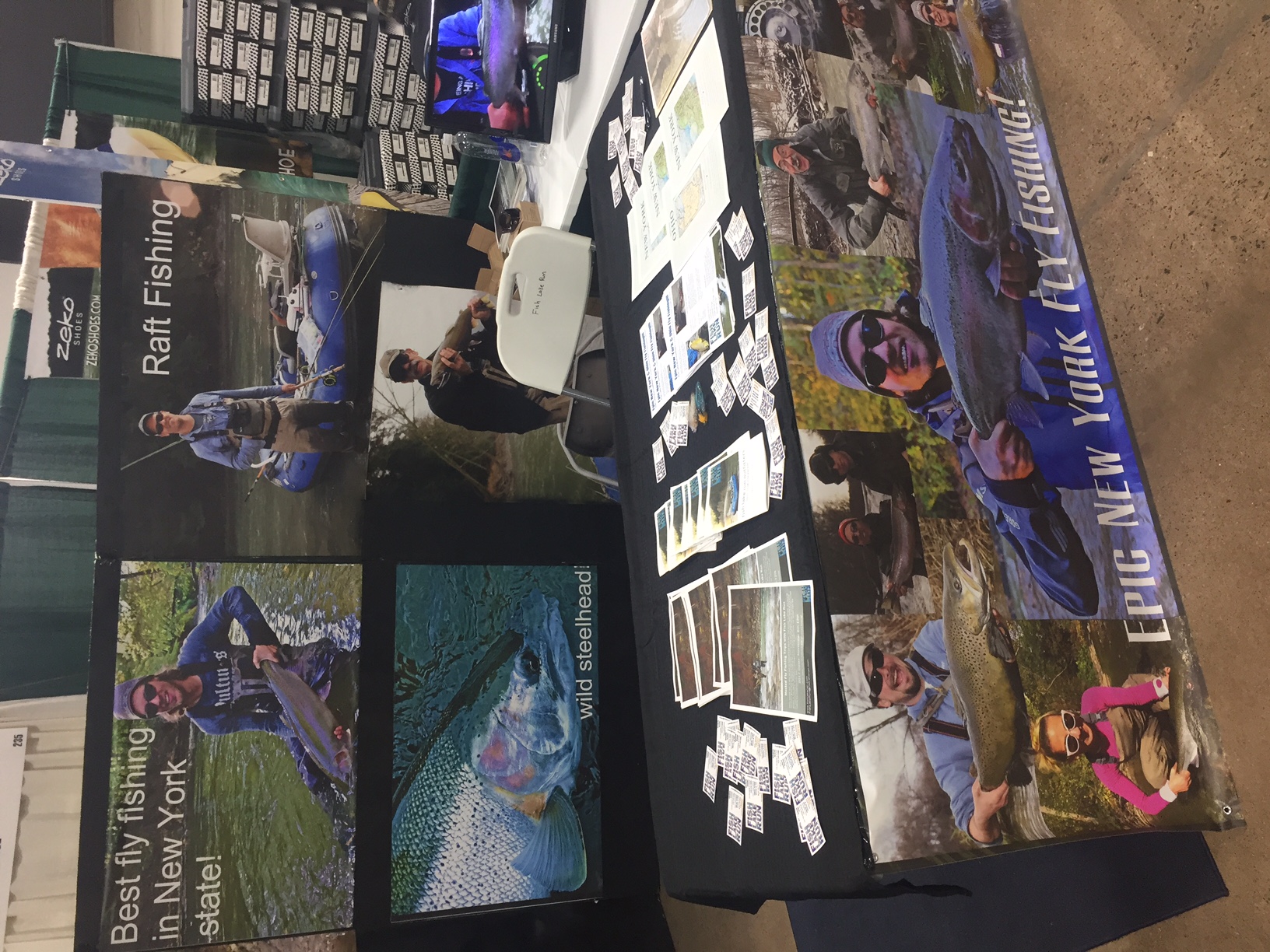 Reply lasix with no scrpit
1:37 AM on September 18, 2021
Where To Order Macrobid Furadantin Bacterial Infections

Reply fringor
5:47 AM on September 18, 2021
hydroxychloroquine for rheumatoid arthritis