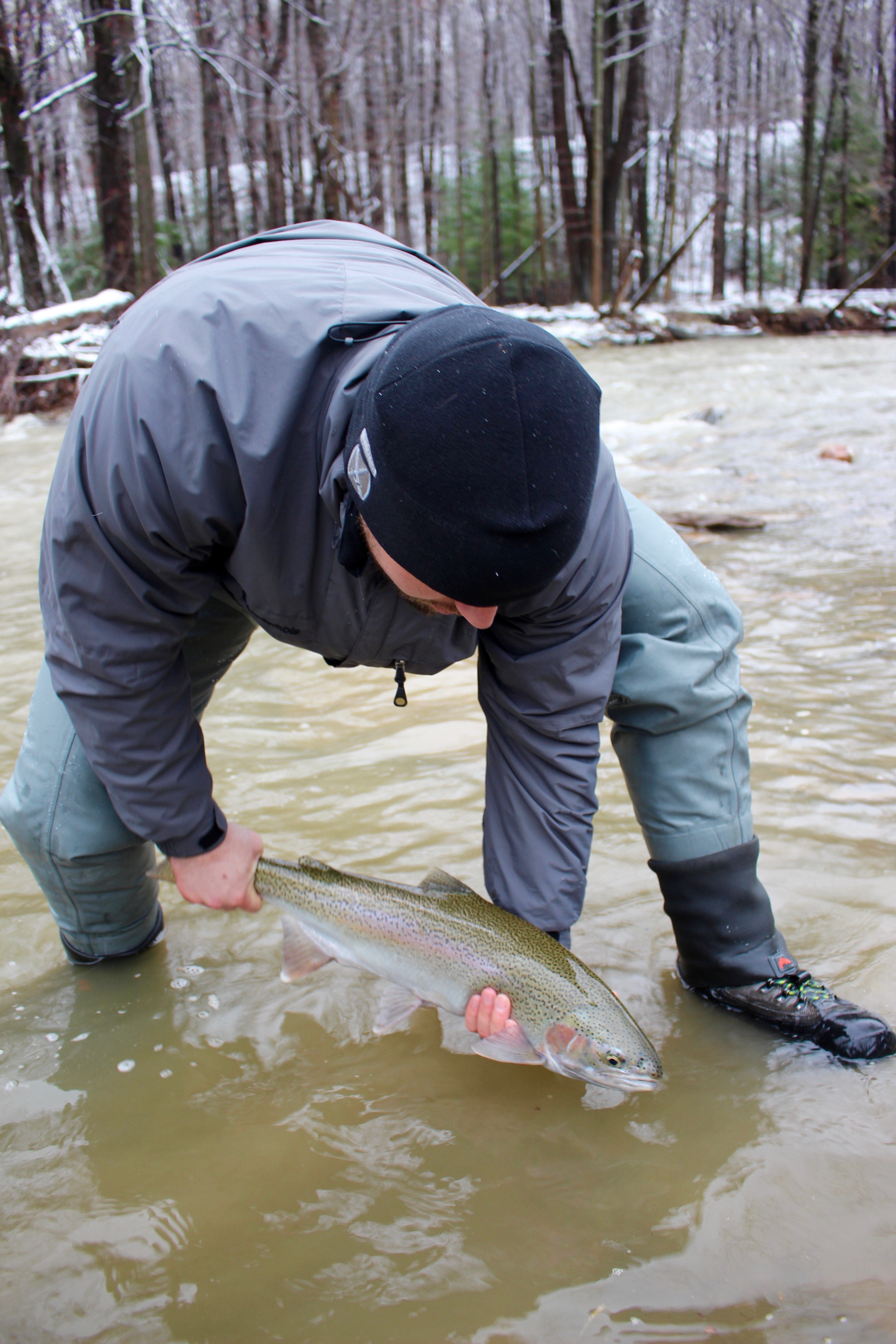 Blaine with a chrome beauty

Well it has definitely been an interesting last couple days. To start off, on Thursday night my client fishing the weekend called and said their flights were grounded in the severe weather that was hitting the east coast. There wouldn't be a flight out here until miday Saturday which would leave only Sunday for fishing. Just didn't make sense.

To make things more interesting, we had our own weather system move through so my dude fishing Friday was out there in high dirty water and snow. Sure felt like winter steelheading still! All the major systems are offline, and will continue to be so until possibly midweek next week. That leaves the small tributaries to the Grand, the Cuyahoga, and the Chagrin, along with some smaller creeks to Lake Erie here in Ohio that are currently the best options.

Took Sergeant Blaine Henry out for some steelheading, and we stopped at a tributary to the Grand. There were a few cars out in the lot, but most people obviously stayed home. The creek was flowing somewhere between 8 and 10 inches of visibility- very challenging fishing and means that to be successful you really need to pick your spots well and know how to read water. In that clarity, steelhead will prefer to sit in one to two feet of water so they can see some of their surroundings, and slower moving currents than normal. The first spot we hit was drifting right next to a fallen tree. Within fifteen minutes, Blaine hooked up on a bruiser dark buck of about 10 pounds that jumped right as us from our feet. Unfortunately we lost him at the net.

Next spot we fished, we rolled a good size chrome fish, lifting her up to thrash on the surface before she threw the hook. Bummer, but a few casts later, Blaine got a about a four or five pounder in the net. Success in the dirty water! A little while later, he quickly hooked and lost another fish that we never saw. But then he set the hook on a sleek, fresh fish from the lake. The good sized chrome hen took off downstream for a logjam but Blaine turned her away. After a few more minutes of tug of war, we put the 28-29 inch beauty in the net! Smiles and high fives all around!

We checked out a couple more spots, but other than one last quick hookup we didn't find any more bitters. White woolly buggers and chartreuse or orange egg patterns were the ticket. Of all the other anglers out there, we did not see anyone else even hookup. Most were fishing the classic runs or pools where fish hold in good water conditions. But in off color water conditions, seek out shallow, out of the way spots with a steady, not overwhelming current. Deep pools mean that where the fish sit on the bottom has very little visibility, and it has been my experience that this is not the best place to target them. Fish in tight on shallow runs, or on the soft side of logs. Using this technique, we were successful on a really tough day of fishing.

But then things got even more interesting. As we made it back to the car, I started to notice my stomach was beginning to act up. The forty-five minute drive home was brutal. It ended up being appendicitis, and today I had my appendex out. So though I'm always bummed when trips don't come together for one reason or another, it ended up being a good thing. Good news, though, doctors said I'll be ready to go in time for my next outing! So there is light at the end of the tunnel.

Enjoy the rest of the pics. 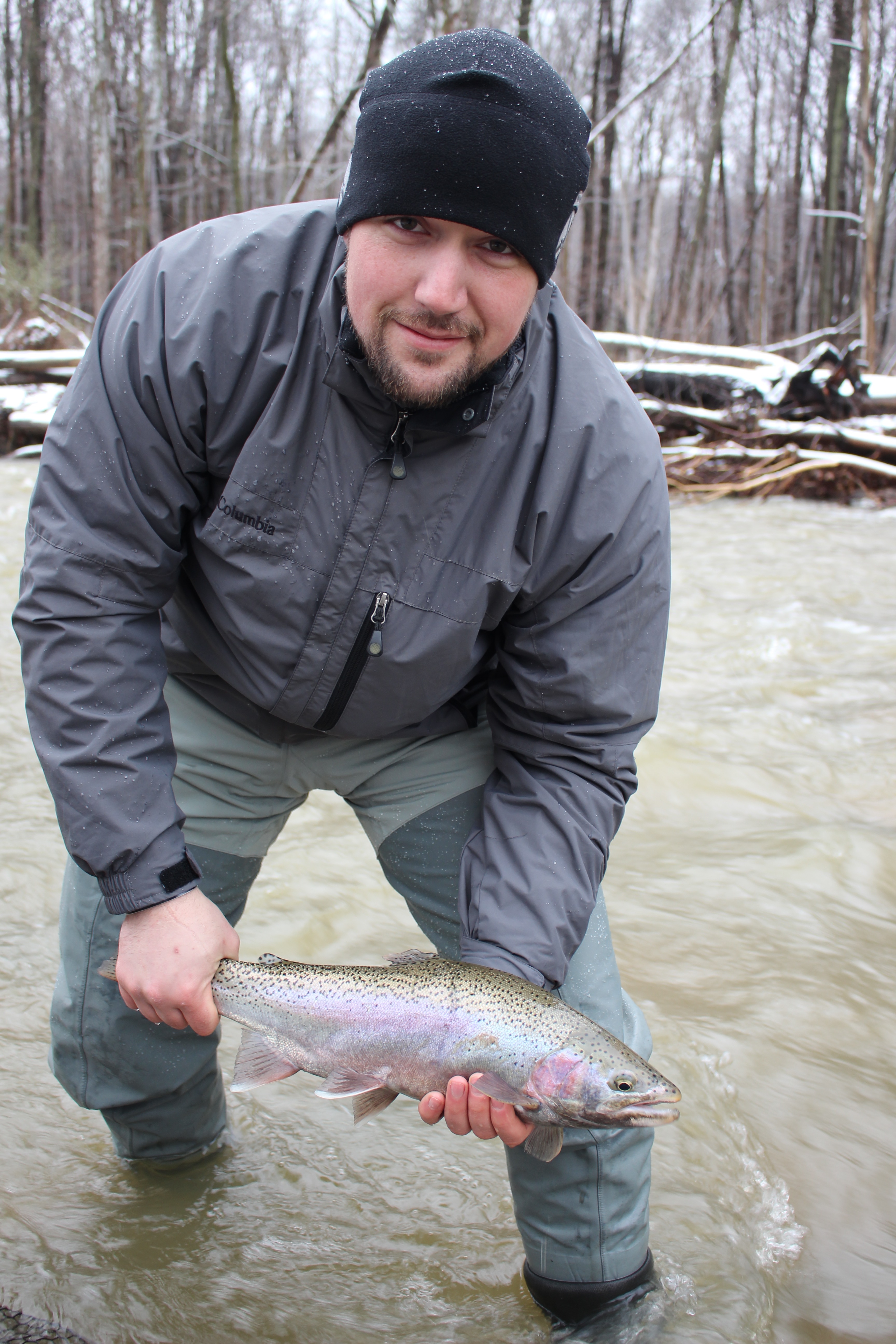 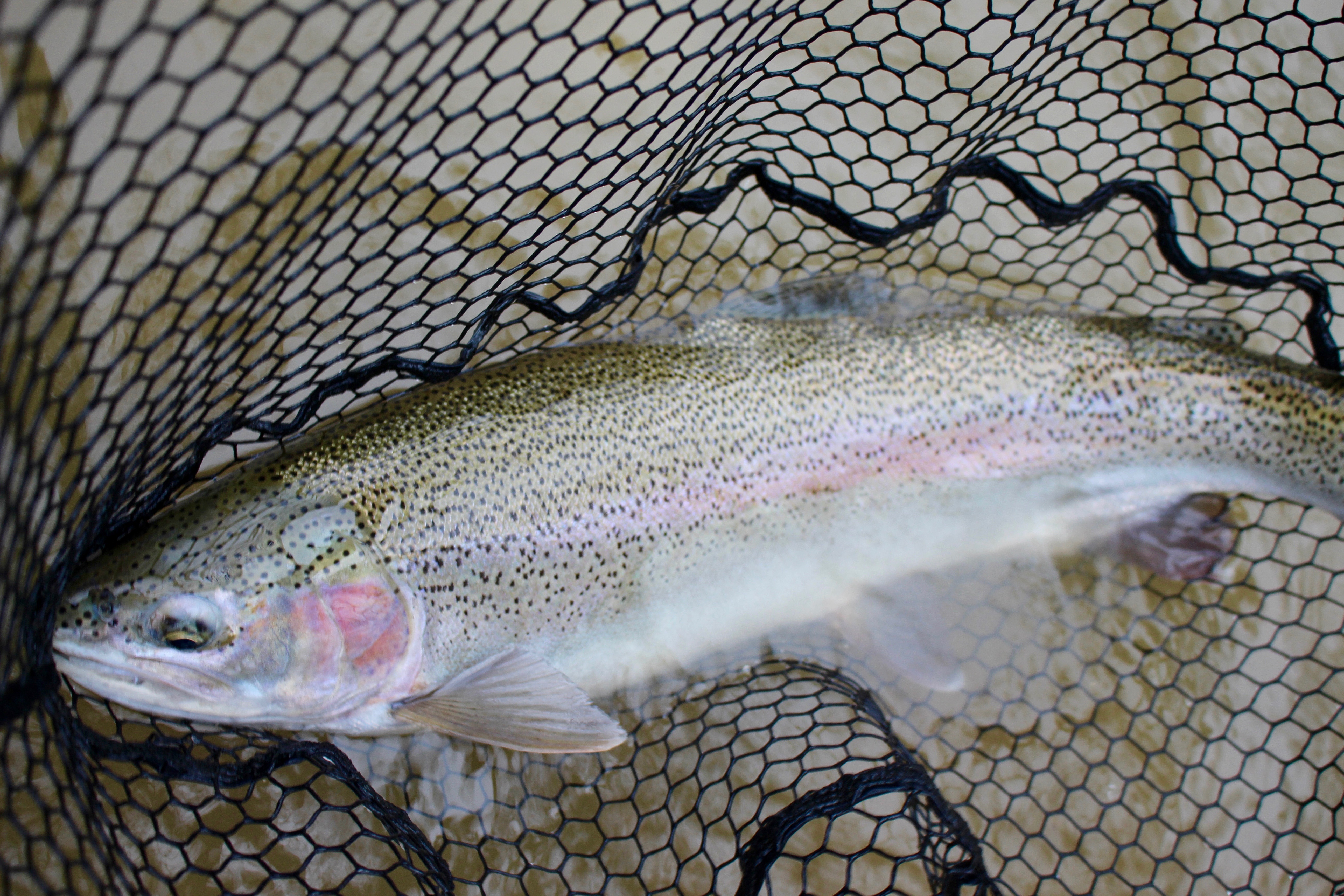 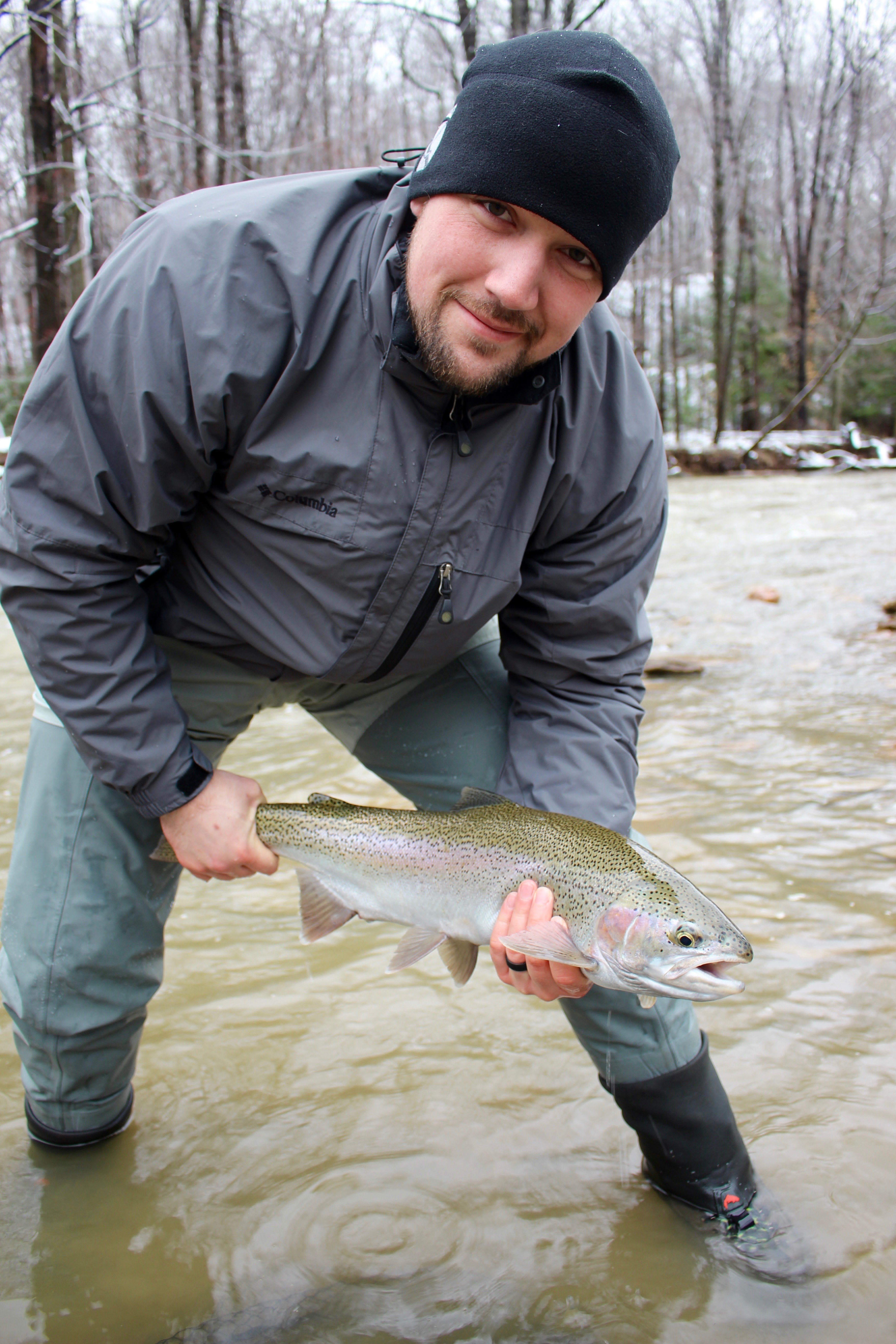 Another shot of Blaine's best fish ever