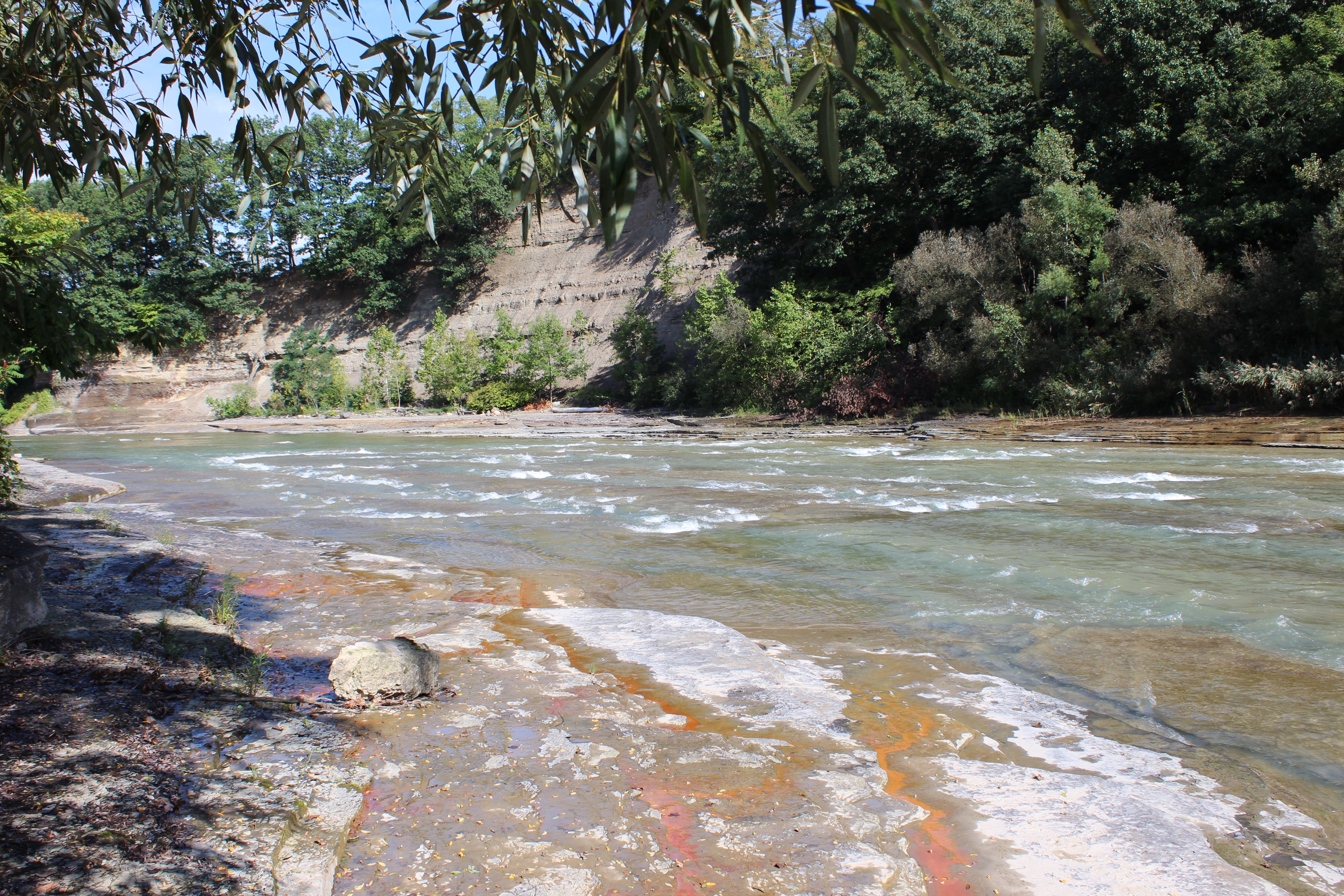 Beautiful stretch
Well spent a little time a few days ago looking around on some of the local creeks and rivers. It's starting to get to my favorite time year, and the best time to be outside as far as I'm concerned. Didn't spot any fish in any of the smaller creeks, which was a bit surprising to me. Though we've had hot weather over the last week, before that we had three cool rainy days that I'm sure pushed in some fish. The nice thing is that all the smaller creeks I checked had at least decent flow so any fish that entered a week and a half ago may have been able to make it up a little higher than I'd normally expect.
Then I jetted over to take a peek at how things looked over on the Catt. Despite air temperatures above 80 and water temps reading in the low seventies people were out fishing low on the river. I feel like a broken record for saying this, but it's just too hot right now. Looking ahead, though we had been forcasted to drop down into the 60's for highs, that has changed. On Thursday the high is in the mid-80's, and low 80's today and tomorrow. By Friday though that all is supposed to change. Again, hopefully this will be the last bout of hot weather until spring. But only time will tell.
In the meantime, tie some flies.
Tight Lines,
- D

Reply 40 mg tadalafil
7:22 AM on June 5, 2021
tadalafil https://tadalafilgenc.com/ order tadalafil what is tadalafil