Spring is around the corner! 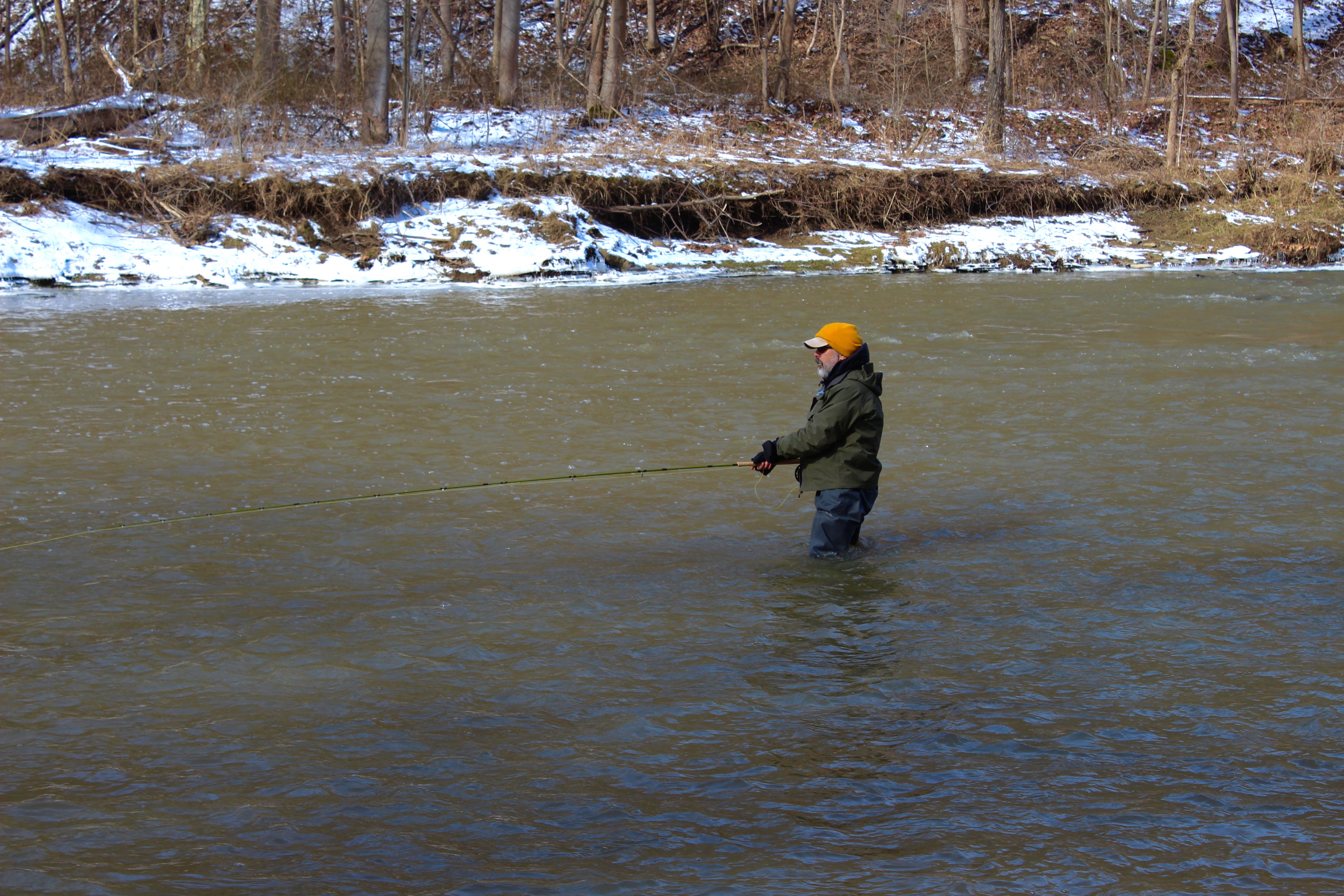 Swinging a good run on the Grand!
Got out with John for some spey fishing a few days ago on the Grand. John drove in from PA to get his feet wet in the spey game, and he picked it up really quickly. Our first stop of the morning was over on the Chagrin, but it was slush central. I figured there would be some, but it was coming through pretty heavy and there was just no way to get a line in until it burned off. So we jetted over to the Grand to fish the big water, and the upper river was slush free!
Spent the rest of the morning working some really good runs. About an hour into it we had a great grab but the fish simply didnt connect, then about an hour later we hooked a nice fish but lost it during the fight. I didn't take a water temperature, but I can tell you it would have been around 33 degrees or so. The two fish that grabbed were both in the slow winter water, though the fish we lost looked like a fresher fish when it came up. Nice to see the spring fish getting up that high.
After that we went to a mid river run that has changed quite a bit recently. The wind picked up and the sun went away making it really cold and blustery. Iced guides became a problem again. Kept at it until about 5 in the afternoon but didn't get a third chance. All in all though for winter swinging on the Grand two grabs and one hookup is a good day! Won't be long now until we start really seeing numbers!
Tight Lines,
- D