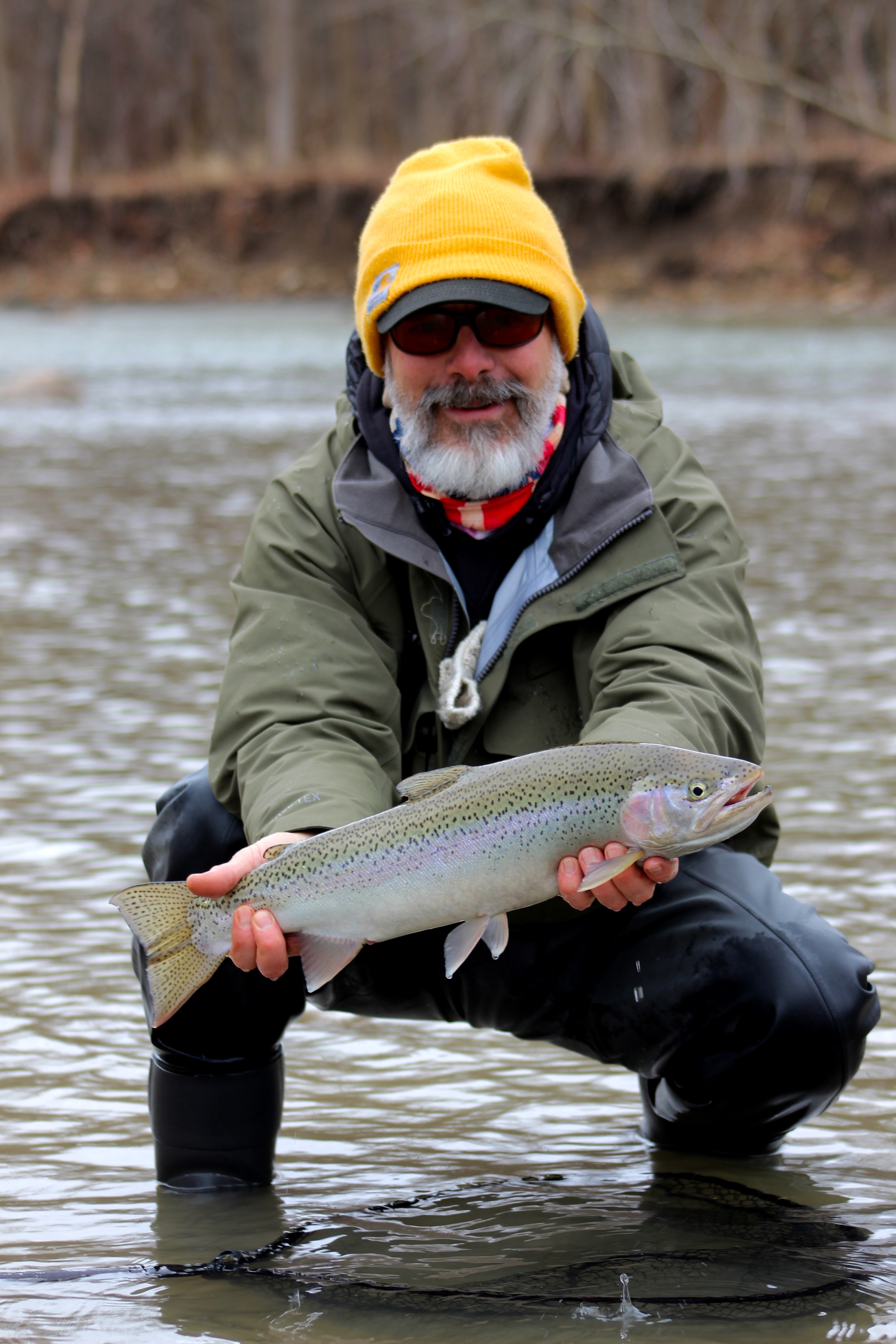 John with a really nice swing fish
Spent the weekend fishing with John again, and we just had too much fun. This '18-'19 steelhead season has been weird. In the fall it was all water. Everyday was rainy, the Catt was out of the pic. Now in the spring, when we usually see the most water due to rain and snowmelt, everything is super low. Go figure! But it isn't preclusive of success, and we caught our fair share of fish. In fact judging by the looks of the people we saw fishing around us, we might have caught their fair share of fish too haha.
The focus, as it usually is when fishing with me, was spey fishing. Towards the end of the trip on the last morning John's casting was really coming together, and he had a good couple hours were most of his casts were tight loops out to 60 feet or so. Impressive for a guy with only a couple days time working a two hander! As a result of his progress he landed an absolute stunner of a buck. Not big but beautiful. We fished both the Chagrin and the Grand. The Chagrin is gin clear and if we don't get meaningful rain it may fall below 100 CFS. The Grand has some flow right now but again it's still very low considering what is normal this time of year. All in all, John landed four swinging and lost about as many. We did a little indicator fishing too, and he picked up another half dozen or so, and hooked many more. Not bad for a weekend of fishing!
Tight Lines,
- D

Reply FloydUsava
12:12 AM on August 13, 2021
can we buy amoxcillin 500mg on ebay without prescription generic amoxil - buy cheap amoxicillin

Reply Williambig
7:00 PM on August 18, 2021
erectile dysfunction best treatment for ed - what type of medicine is prescribed for allergies
123...19Next »