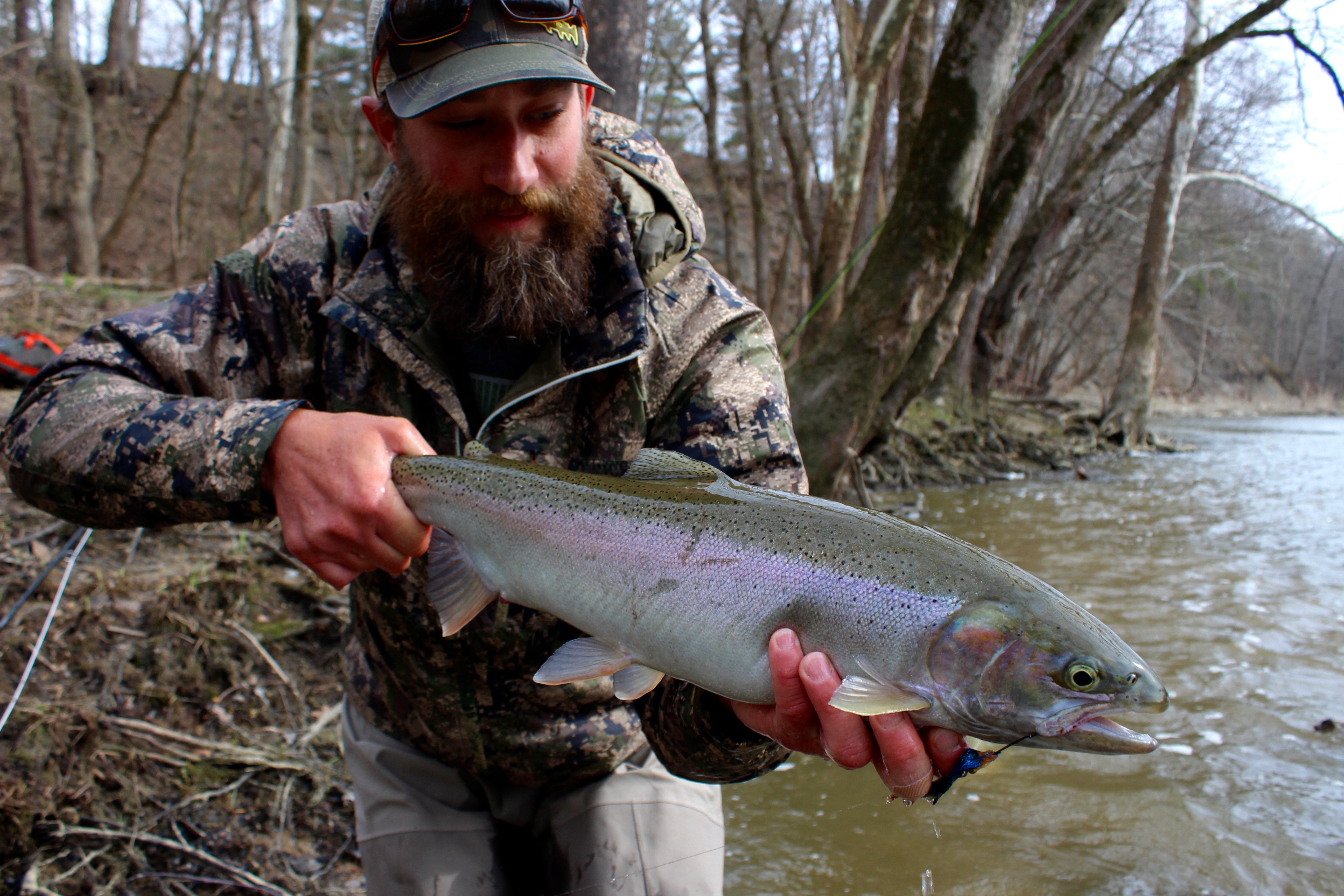 There are still good numbers of fresh steelhead running the Ohio rivers
Ohio has been fishing very well over the last two weeks. We had a decent amount of rain the last day of March that pushed in a good run of fresh fish into all major tributaries, then again last night we had another system move through with rain and low temps. This should extend the season an extra week or two. I expect good fishing as the water drops again, with what will probably be the last significant push of fresh fish of the spring. Based on what I'm seeing, I'd expect all but the largest tributaries to be wrapping things up by the end of the month, as these late runners are usually quick in the rivers. The biggest rivers in the area will probably continue to fish until about the second week of May, water temperatures permitting. This is based on the ratio of fresh fish to drop backs that we're seeing. On the big river that ratio is about 60/40 dropbacks to fresh, while everywhere else is more like 80/20. We still have some excellent fishing ahead, but the '18-'19 steelhead season is nearing the end. Going forward it will be important to keep a thermometer for taking water temperatures on those warmer afternoons. Get out there and enjoy it while you can. Won't be long till it's the smallie show.
Tight Lines,
- D 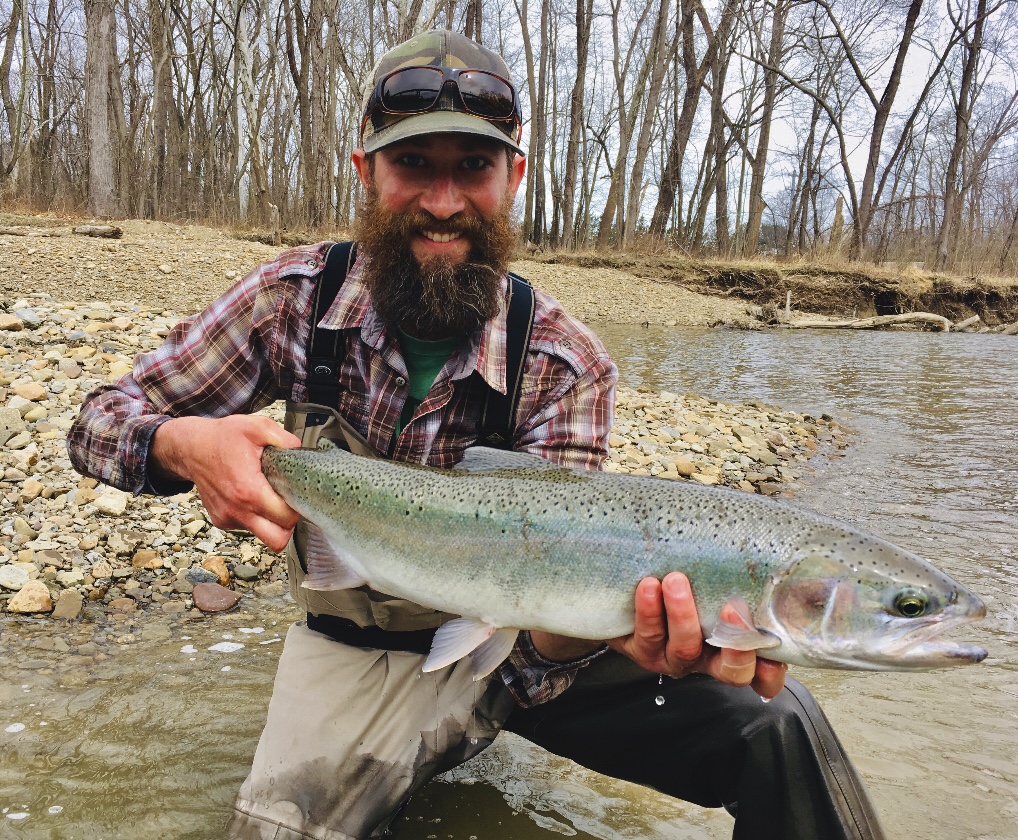 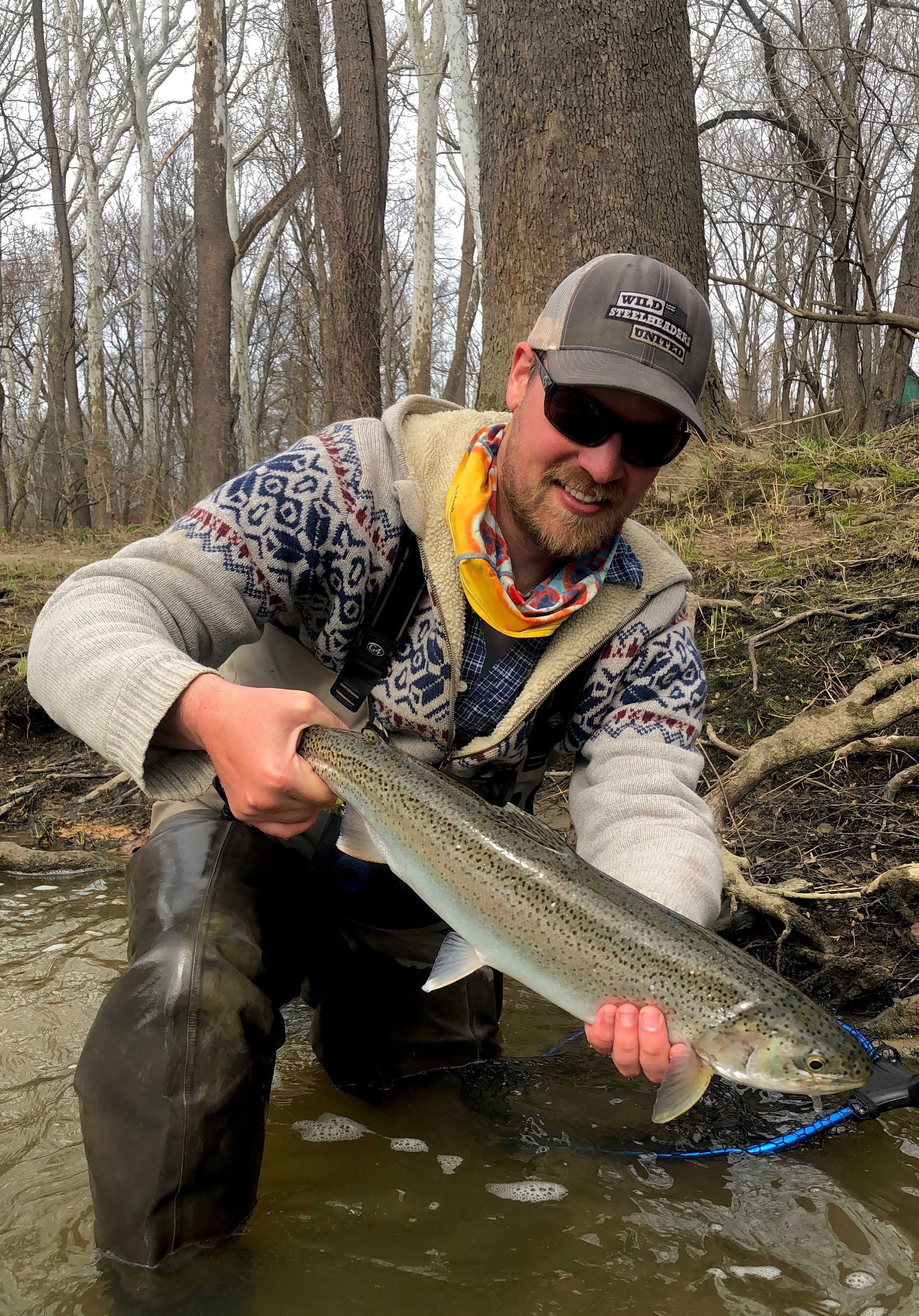 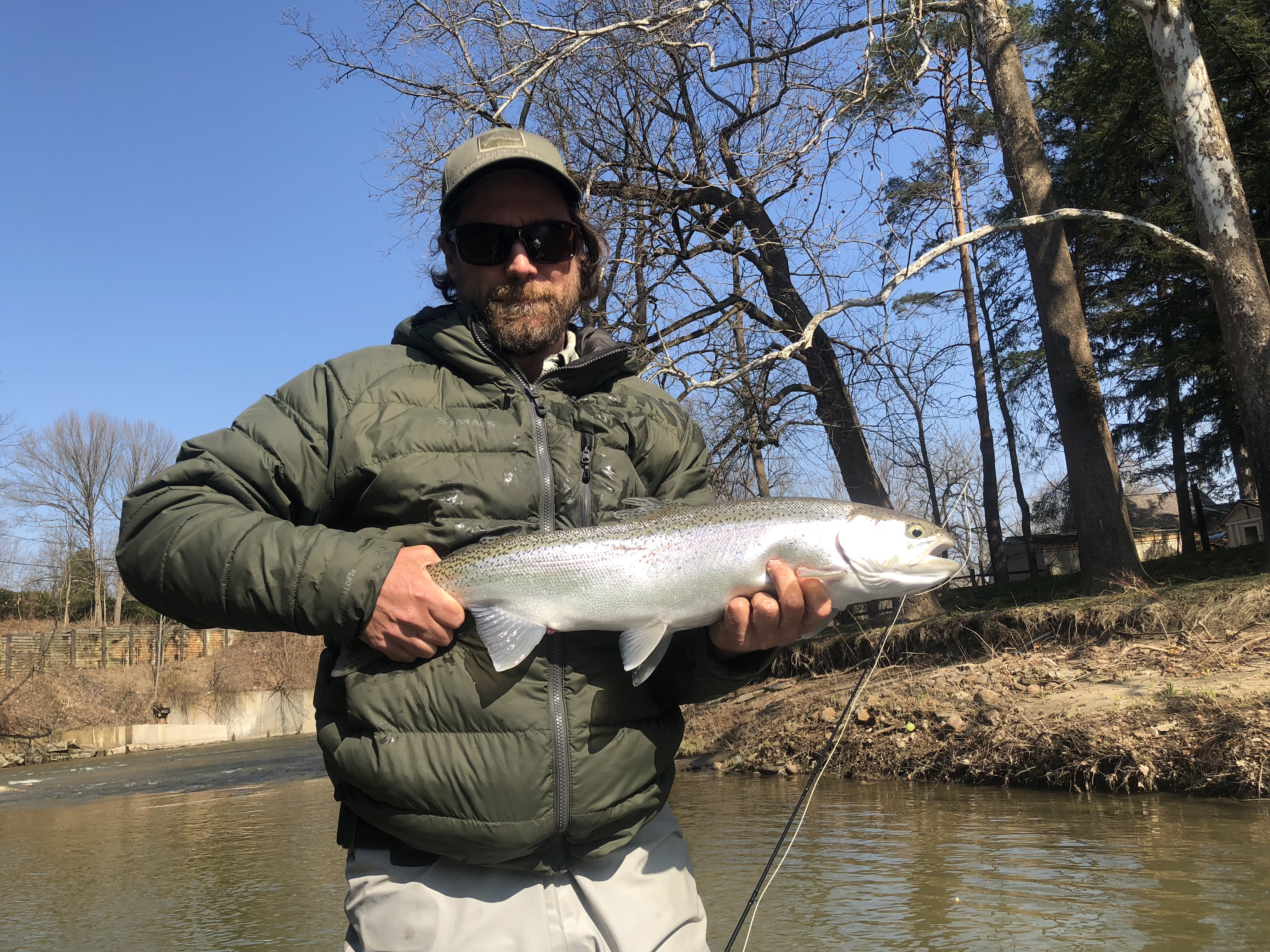 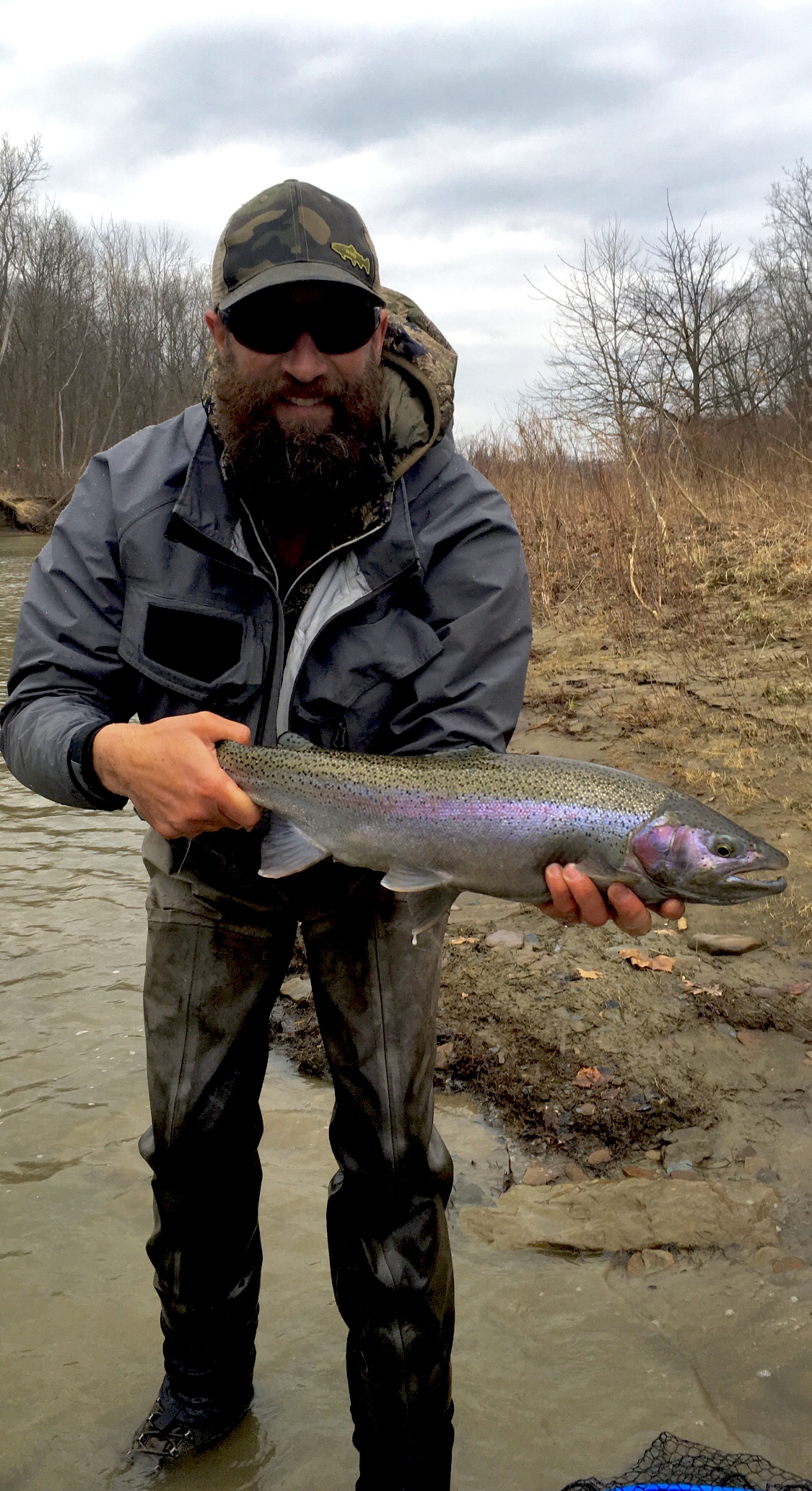 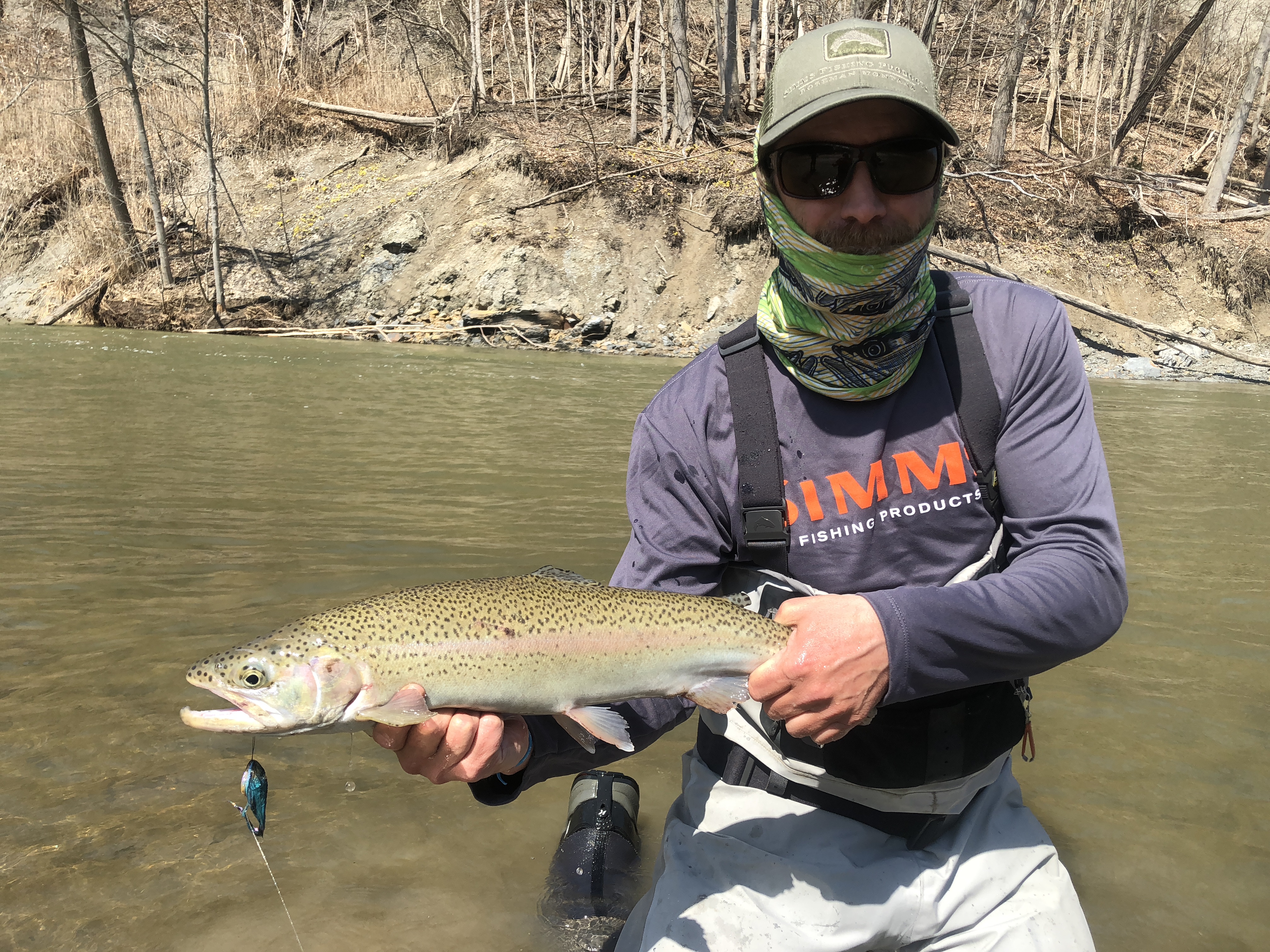 Reply shargip
6:47 AM on April 23, 2019
Want to safely Share audio from any computer to mobile gadget? Check out SHAREit Share&Transfer APP! It works on Laptops and Android phones, very easy in use and user-friendly. Download SHAREit for PC from here: https://download-shareit.com and share files between your friends, family or strangers!

Where To Buy Erythromycin

Reply Snalayincummamp
9:39 PM on May 29, 2021
https://cttadalafil.com/ where to order tadalafil tablets cost tadalafil generic tadalafil order online no prescription where to buy tadalafil on line

Reply where can you buy zithromax
9:47 PM on May 30, 2021
zithromax and uti https://zithromaxes.com/ zithromax generics