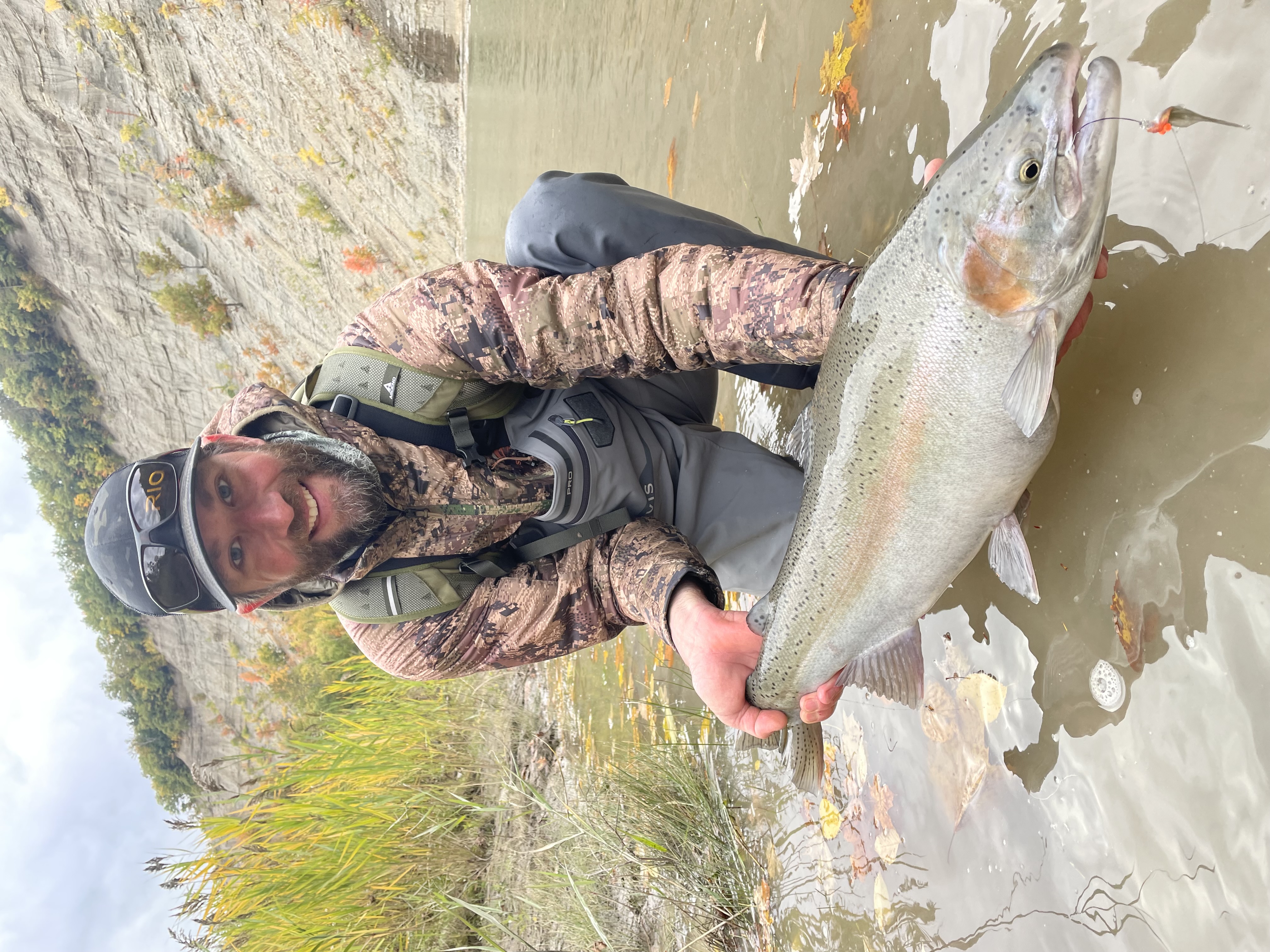 Jeff with his monster
Well we're off. October has arrived and so have the steelhead. In normal years the first push of fish we see in the run is predominantly one and two lake year fish between around 15 and 25 inches and up to roughly 5-6 pounds. The bigger 3 year plus fish usually don't start to arrive until later in the season. This year is different. I have never seen so many fish bigger than 10 pounds around so early. With how many big fish we've been seeing over the past two seasons, it leads me to wonder if there is some change in the lake and that average size is trending upward.
The other nice thing about this fall is that we've actually had one this year. We didn't have crazy heat through September, instead the normal slow cooling along with sporadic rain. The big rivers all have decent amounts of fish and even the smaller systems have had some degree of runs. So game on.
Tight Lines,
- D 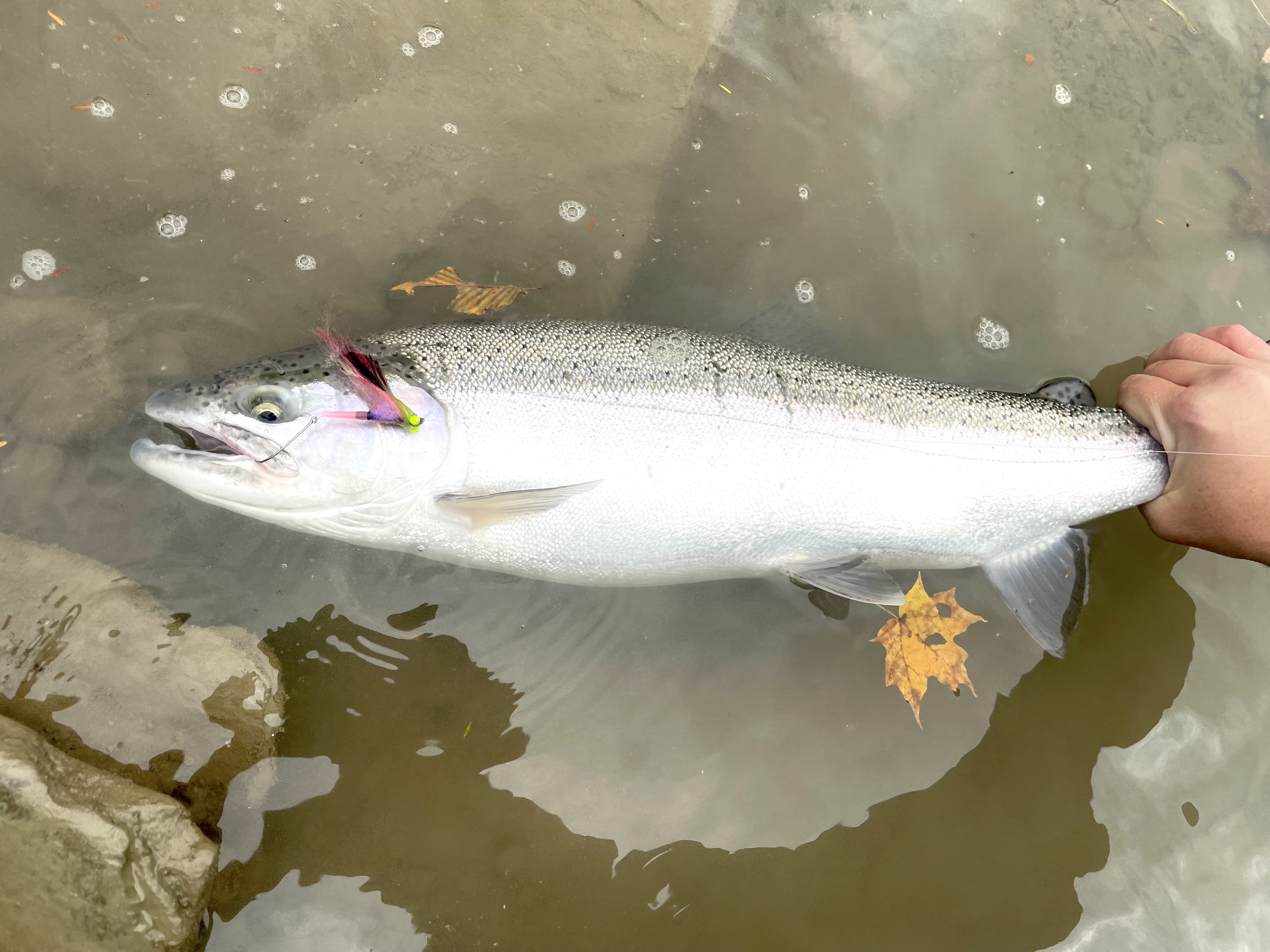 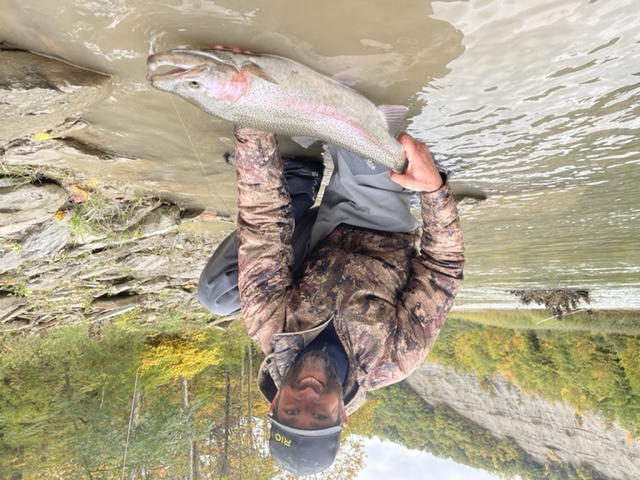