Well here's to a new season 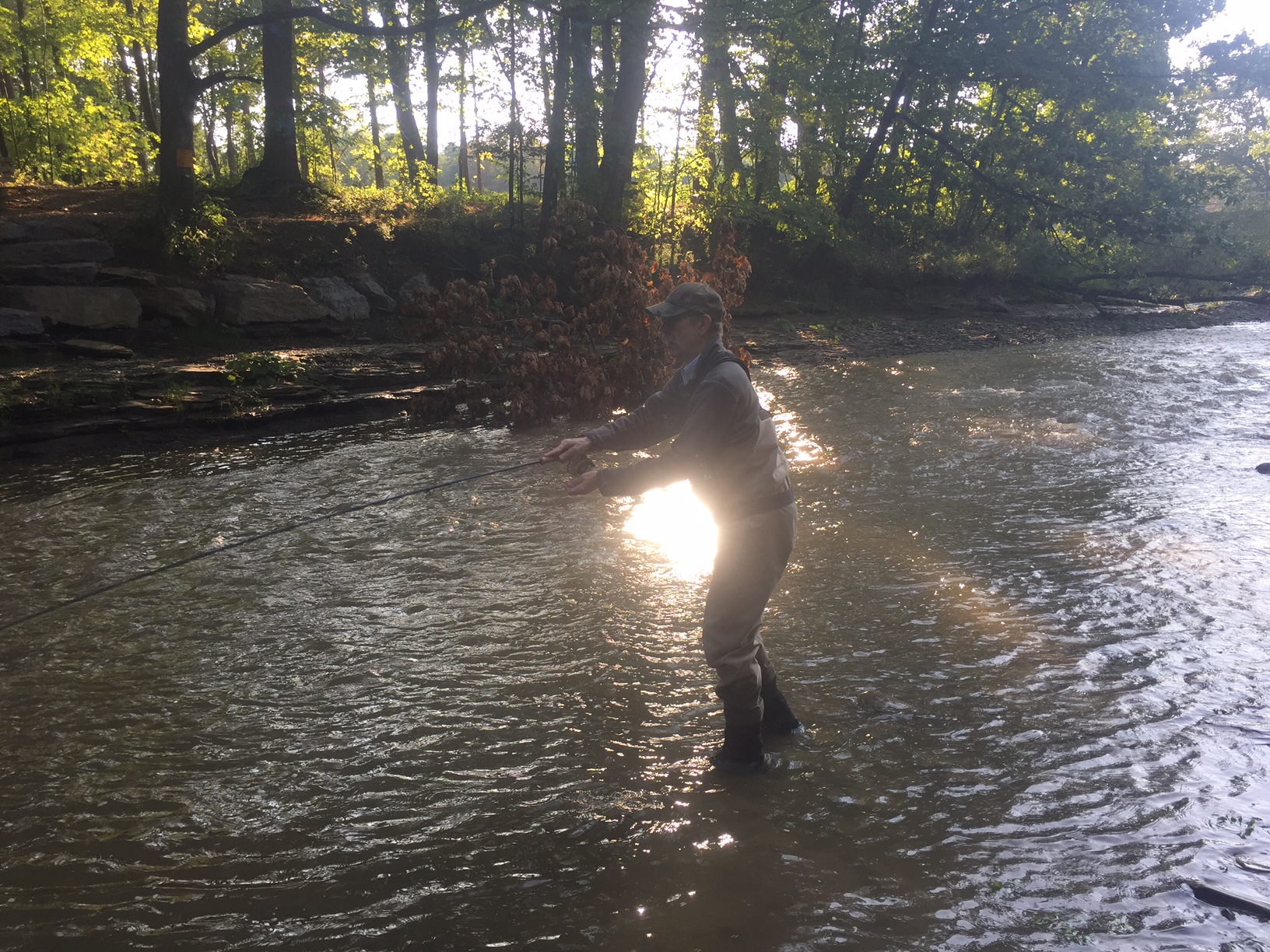 Fishing a familiar run
Hard to believe we're already at the end of summer. Feels like just yesterday we were just catching the last steelhead and the first of the smallmouth. As per usual, the summer was fairly quiet. We got out a handful of times hitting the smallmouth and the trout. Even found some really nice places to throw a mouse. Been slacking on the reports here. But looking ahead, we're expecting a great fall season!
The Catt's been flowing at around 180 cfs and dipping down into the low 60's and upper 50's in temperature! What a difference a year makes. This time last year we had no water and 90 degree days. Fish are already nosing their way into the creeks, and while I was out a few days ago I saw a fish roll up near Gowanda already!
Over the weekend we had a blast of rain come through and air temps in the 50's and 60's- perfect steelhead weather. Got out a looked around at the smaller creeks. They all have water now and should see a fish or to poking around the lower reaches here before long, if they haven't already. The big lake reports were good over the summer. Lots of fish and good size. If the spring is any indication, I'd expect some really good sized fish this fall.
On the Salmon River, anglers have been finding king salmon since mid-August. Lake trollers have hit fish in the high 30's this year, and some guys out in Lake Michigan landed a 41 pounder. It's just been really good all the way around and now it's starting to work it's way into the rivers. Can't wait for it to really kick off!
Tight Lines
- D

Reply Propecia
1:08 PM on November 1, 2021
Where To Purchase Amoxicillin

Reply curry shoes
1:18 PM on January 7, 2022
I intended to post you a bit of observation in order to thank you very much once again relating to the marvelous suggestions you have contributed on this page. It's unbelievably open-handed with people like you to give extensively just what many people would've offered for sale for an electronic book to make some bucks for their own end, primarily now that you could possibly have done it if you desired. The good tips additionally acted to be a great way to realize that other people have the same interest just as my very own to find out significantly more with regards to this problem. I know there are thousands of more pleasant sessions up front for those who see your blog.
curry shoes http://www.curryshoes.net

Reply bape clothing
1:19 PM on January 7, 2022
My husband and i got lucky John could round up his basic research by way of the precious recommendations he received from your weblog. It is now and again perplexing to simply continually be making a gift of techniques which usually people today have been trying to sell. And we also discover we have you to give thanks to for this. The most important explanations you made, the simple web site navigation, the relationships your site make it easier to foster - it's many spectacular, and it's really aiding our son and the family reason why the theme is exciting, which is certainly highly vital. Thank you for the whole thing!
bape clothing http://www.bape-clothing.us
123...22Next »