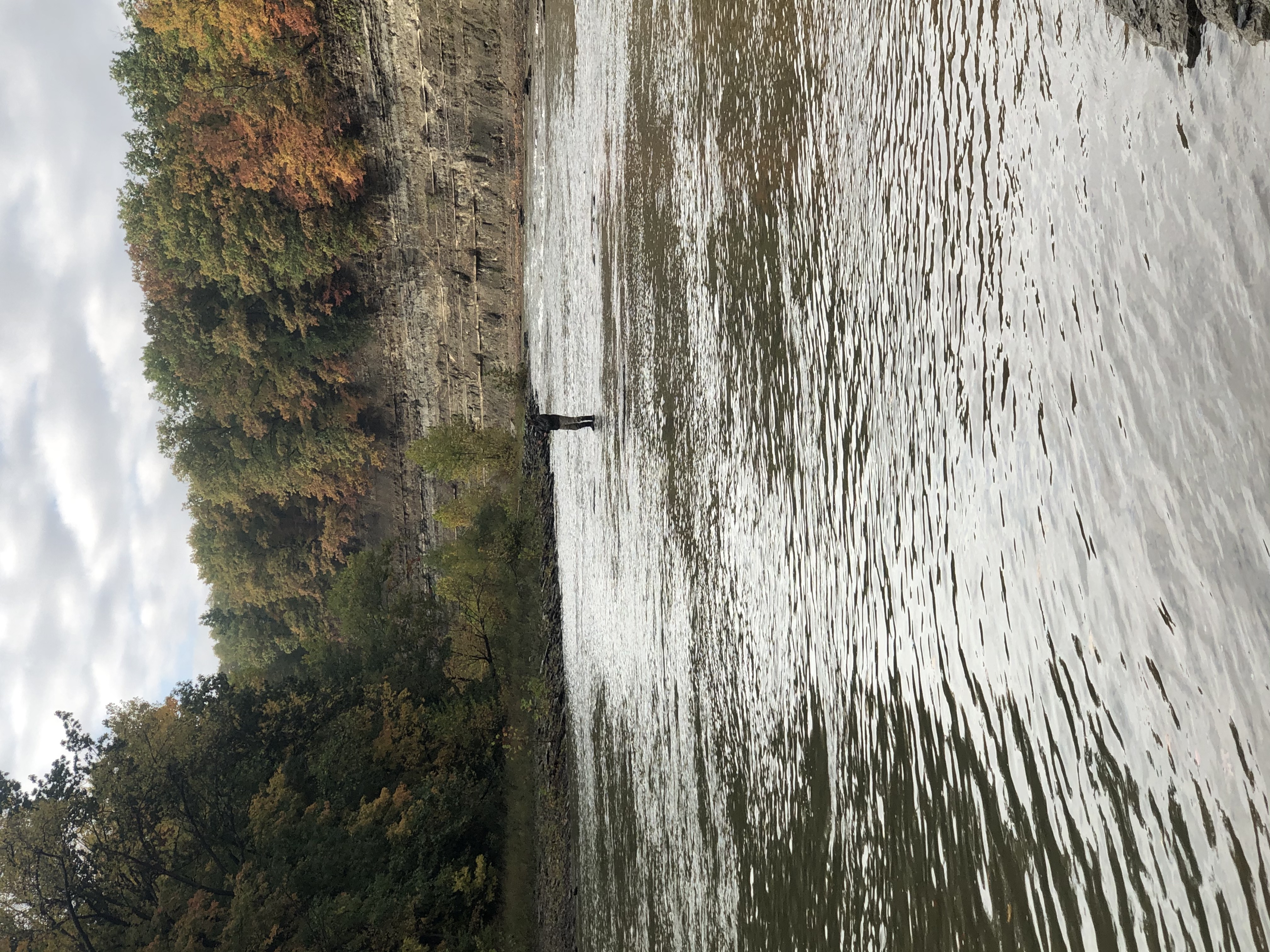 My dad working the head of a familiar run
Well made it out for the first time this year, if only for a few hours in the morning with my dad. With drought conditions towards the second half of September, while I thought there'd be a fish or two somewhere, wasn't sure how many fish would be in. And overnight before getting out we got much needed rain, but it dirtied up the river quite a bit, while not adding excessive volume to the flows. But my dad doesn't get as much time to fish as either of us would like, so you have to make the best of it.
Went to an old standard for me, and we worked it over. With visibility somewhere around 14", it wasn't prime, but it is a spot that holds fish. My dad worked it through with a light tip and bigger fly and didn't get so much as a bump in the money spot. Then a good fish rolled a couple times. I fished through with a long belly, floating poly, and a smaller wet in blue and black but didn't get bumped either. Then I put on a natural colored bucktail minnow. The fish rolled a couple more times in the bucket. I swung out there and got a grab. I didn't set on it because I didn't feel weight on the line, but then he was still on there and trashing the surface with rolls so that when I finally did set it was too late.
Trouble with fishing light lines in slow water is sometimes without good water current pushing your line, a fish can grab and still be on the line but all you feel is the sharp pluck, especially from a good distance away. My casts were out there, so there was a lot of line between me and that fish. I can sit here and armchair quarterback what I did wrong. But getting a nice grab on the floating line is fun, and having a fish take in off conditions that way is even better. Seems like every year I feel more confident fishing that way. To be sure, the fly was lightly weighted, but it would still have been in the top half and not scaping bottom. Then a bit later I got the consolation prize of a smallmouth. And right after that my dad hooked and lost a fish at the head of the run.
We checked out a couple other places. Cast a bit, but we only had a few hours and had to call it before noon. But still, was a great time. Glad to see some fish have made it well upriver even before the rains came. Should only pick up from here.
Tight Lines,
- D 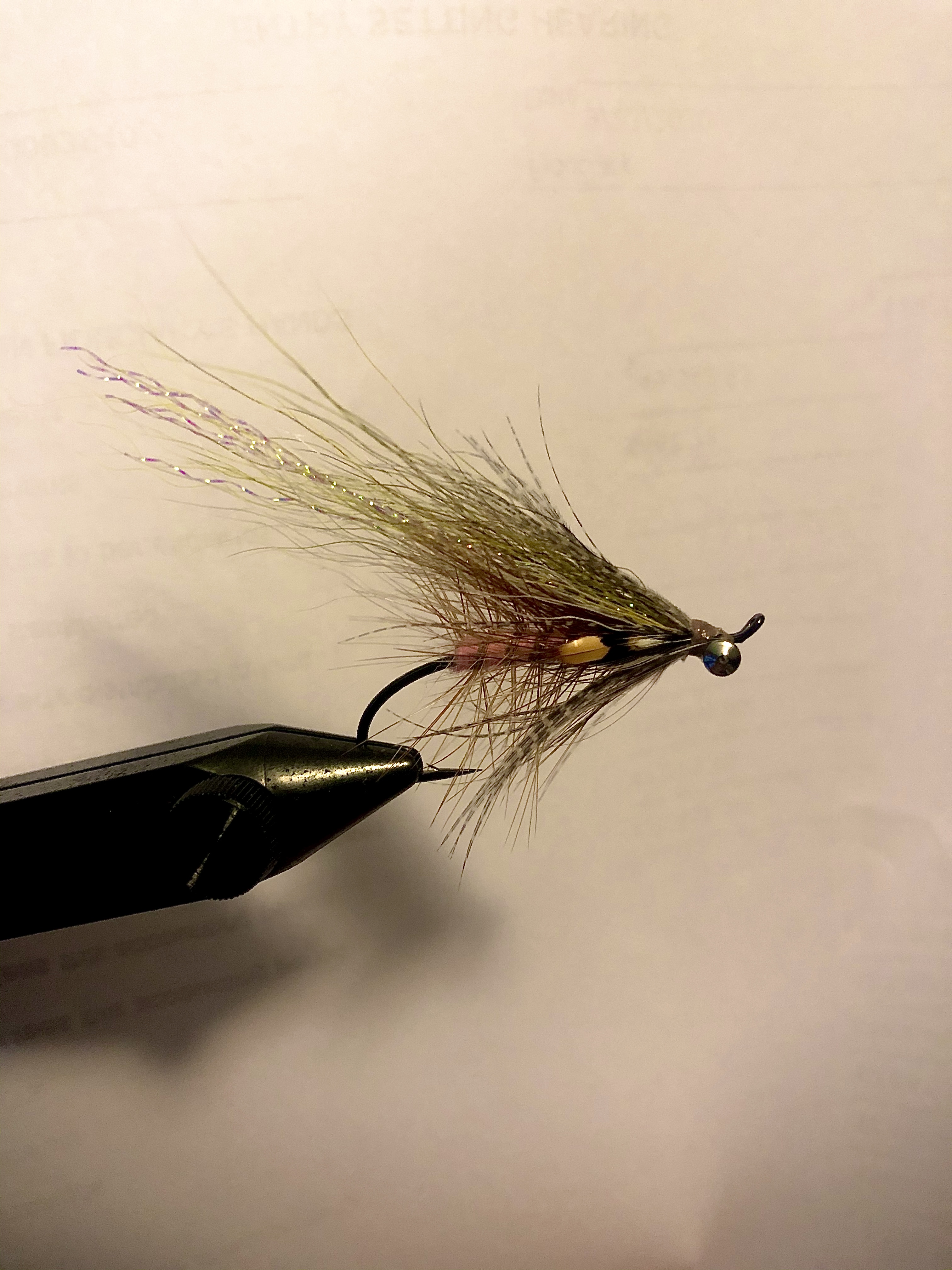 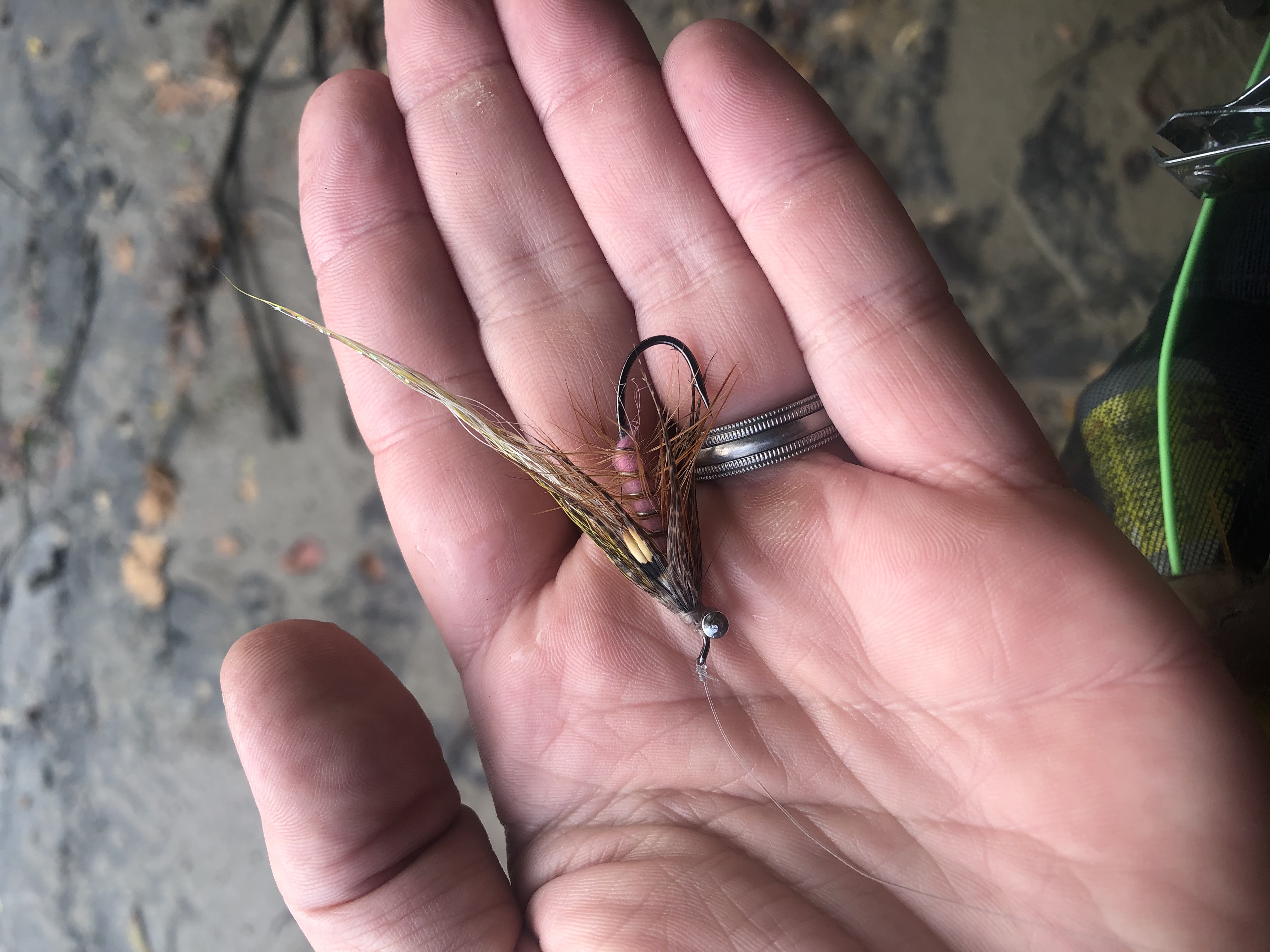 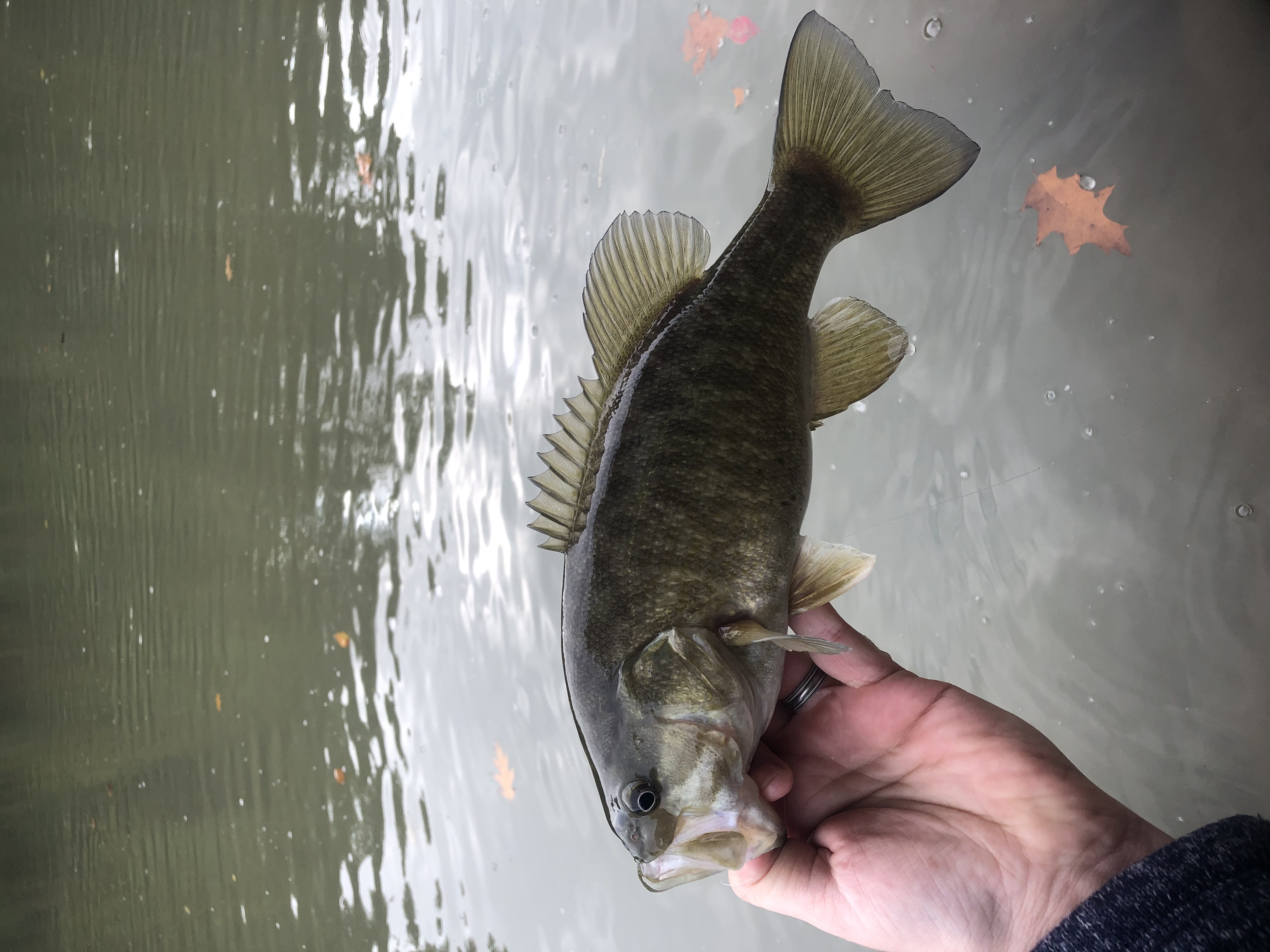 Decent smallmouth from 90 feet away

Reply Alisa
11:55 AM on December 12, 2020
Betts Guide Service is a good service if you are looking for steelhead fishing reports in Michigan.

Reply rivittykbgk
6:24 AM on January 4, 2022
tadalafil side effects tadalafil brands

Reply supreme outlet
10:19 PM on January 6, 2022
I wish to show my appreciation to this writer for bailing me out of this type of scenario. After browsing through the the net and meeting tricks that were not pleasant, I assumed my entire life was well over. Living devoid of the solutions to the issues you've resolved through your main posting is a critical case, and the kind which may have in a negative way damaged my career if I hadn't come across your website. Your main know-how and kindness in taking care of all the things was excellent. I'm not sure what I would have done if I had not discovered such a thing like this. It's possible to now relish my future. Thank you so much for this reliable and results-oriented guide. I won't hesitate to propose your web site to anybody who should get guidance about this situation.
supreme outlet http://www.supremesoutlet.us.com

Reply supreme t shirt
10:19 PM on January 6, 2022
I and also my buddies were actually viewing the nice guidelines located on your site and all of the sudden came up with a terrible suspicion I had not thanked you for those strategies. These young boys appeared to be certainly very interested to read through all of them and now have surely been using these things. I appreciate you for genuinely considerably accommodating and also for having these kinds of remarkable subject matter most people are really needing to learn about. My honest regret for not saying thanks to you sooner.
supreme t shirt http://www.supreme.us.org

Reply yeezy 350 v2
10:21 PM on January 6, 2022
I precisely desired to appreciate you all over again. I'm not certain what I would have undertaken in the absence of those information revealed by you on such subject. It has been an absolute distressing dilemma for me, but viewing a new expert mode you treated that made me to weep for contentment. I'm just happier for this support and as well , expect you realize what a great job that you're carrying out teaching people via your web site. Most likely you have never got to know any of us.
yeezy 350 v2 http://www.yeezy350v2s.com
123...21Next »